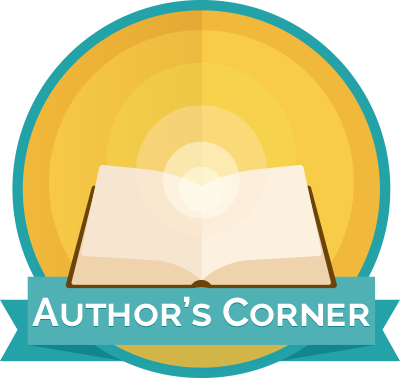 The Author's Corner aims to promote literacy learning by featuring children's artists and their work with classroom literacy activities. Use them to teach, inspire and have fun.

Michael Paraskevas has been drawing all his life and has had many illustration jobs for magazines and books all over the world. He illustrated 23 books with his mother Betty. The mother and son team went on to create three television series, one of which is Maggie and the Ferocious Beast for Nickelodeon. Michael draws and paints everyday and is now working on a new children’s book. Michael and Maria, his wife, also write and illustrate Lili and Derek, an online daily comic about a Westie and a German Shepherd.

Writer and self-publisher of two books, Columnated Ruins: A Collection of Poetry (2011) and Daydreams & Nightdreams (2013) a gold medal Moonbeam Children's Book Awards Winner, Corydon Doyle has lived on Long Island his entire life. Also an English teacher in the Mount Sinai Middle School, a professor of education at Long Island University, and a doctoral candidate at Hofstra University, Mr. Doyle shares his passion of language and literacy with people of all ages.

Two time GRAMMY nominee Brady Rymer makes joyful, rootsy rock'n'roll for kids and families. His trademark smile lights up the band's live performances, and it shines just as brightly as his recordings, expressing the warmth, fun and positive spirit he finds in the family experience.

Robert Quackenbush is the author and illustrator of over 200 books for young readers, including his Miss Mallard Mysteries which have been made into animated films in five languages for children's television programming that are showing in 70 countries world wide. He has traveled around the world on author visits to schools and libraries giving programs to instill boys and girls with a love of books and reading.

Carole P. Roman is the award-winning author of the Captain No Beard series and the non-fiction hit, "If You Were Me and Lived in… ". This award winning series introduces customs and cultures to children ages 3 - 8. Each of the books have received numerous awards, namely; NABE Pinnacle Awards, the ERIK Award for 2013, ForeWord Review Five Star, Rebecca‘s Reads and Reader’s Views Children’s Book of the Year 2013, and has just added The Marble Book Awards for Best Illustration in a series for Kelsea Weirenga and Bonnie Lemaire’s stunning illustrations.

Here are some of other fantastic authors and lessons!